Arrived in Sydney with no drama. A quick run through security and we were in the departure lounge to get back on the same plane. First leg to Sydney was short (3hrs) but the next leg through to Dubai was 13hrs, which went remarkably fast. Also meant when we came to leave Dubai only had 7 more hours till we were in London, which I personally thought was a bit better than the 50/50 split going via Hong Kong or Los Angeles.

Was my first experience with Emirates, and first time flying on the Airbus A380. For those not up to geeky plane talk, they’re the new giant double decker planes. Here’s the cabin of the A380, all lit up with the entertainment screens. Note the awesome twinkling stars on the roof! There are heaps of new movies, tv series, music cds and podcasts to listen to. After the 30ish hour trip here, there is still things on there I ran out of time to watch! Was very impressed with the plane on the whole, as well as the service from Emirates. We were lucky enough to get exit aisle seats the whole way through to London (being 6″4′ helped my case). But by the end we were unsure whether we preferred it or not, so here’s my thoughts on exit aisle seats:

So as I said, we’re still unsure if the exit aisle seats are better? The extra leg room and space is very awesome, but the few things above are worth considering if you decide to opt for an exit aisle seat in the future.

Here’s a quick shot of the live cameras as we passed over Europe. It’s like a real time version of Google Earth! Here’s the sun rising as we were about to descend into Dubai. The worst thing about the 777 planes is that you have to walk through business class to get to economy, which really makes you wish you’d forked out the extra coin to have such luxury. One can only wonder what the first class looks like when this is the plush business class. Now to think of an angle to get free upgrades on the way home… (thinking cap on!) So we arrived in Dubai, and what an amazing airport! The A380’s have their own terminal, which is part of Emirates own terminal. Took us 2 hours to walk around all the duty free shops. Compared to Auckland & Sydney duty-free alcohol was much cheaper. Bought a bottle of Veuve for NZD$55 (usually $90-ish in NZ, $65 on a super duper sale)! Was also this styley Veuve Alligator magnum, which has actual alligator skin for the label. Apparently if you buy a bottle, and send them the skin afterwards they will turn it into a wallet for you. Well worth the NZD$2,000 price tag then right? We loved the airport so much (and the fly over using the cameras under the plane) that we’re going to try and change our return flights to include a night in Dubai. Seems a waste going there and not exploring it a little bit.

Here’s the ride we hitched from Dubai to London this morning. After arriving in London we caught the train to Paddington Station before catching the tube to my cousins house in Elephant & Castle (that reminds me – I still need to find out where this place gets its name!). Jet lag hasn’t been too bad – tried these new pills that a lady in Auckland was raving about, and they seem to have taken the edge off it. Having said that, I’m still bloody tired, so we’ve hit a wall and about to crash before the next three days seeing all the sights that London has to offer.

Here’s Emma as we walked through Paddington Station. So that’s the next update done! Just realised the timing is going to work great, as I plan on doing these updates at nighttime every couple of days, which will mean they’ll be done in the morning NZ time. So cancel that newspaper subscription and make this your new read with your morning coffee!

READ THE REST OF MY EUROPE BLOGS HERE 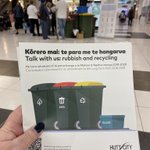 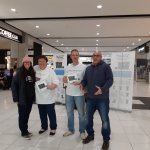 h J R
BR4DY BR4DY @adamthomsonnz If you love curry Monsoon in Turangi is epic. Turangi Tavern and Rust both have great food too 👍 Tokaanu hot pools are a must too.

h J R
BR4DY BR4DY Are you an artist interested on making your mark on Naenae? The post Call for artists for a mural in Hillary Court appeared first on Hutt at Heart. https://t.co/BjdcUCJQ91

h J R
BR4DY BR4DY Thanks @USAmbNZ for hosting an amazing @usembassynz 4th July celebration! The only one happening in the world this year due to COVID! Highlights were... donuts, Tesla, KFC and meeting @Peter_J_Beck 🚀 https://t.co/MWFGb9MLia 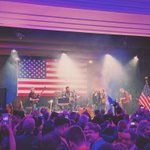 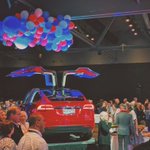 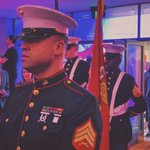 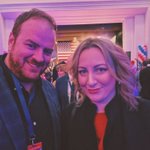